I would imagine that at this point a lot of people are wondering whatever happened to the 23rd race – and if you aren’t you damn well should be! Well here is the real story. When I first started volunteering at the race I wondered to myself what year the race hadn’t been held. In case you aren’t a geek like me you basically subtract current year from start year and add 1 to get the number of years … just hang in there. So 2015 minus 1993 (first year) = 22 + 1 = 23 years but yet it was the “22nd” annual. Now we could have let this continue on forever and aside from the Einsteins in the crowd no one would have lost any sleep over it. But, and its a BIG Butt, we are approaching the 25th year of the Haliburton Forest Trail Ultra (2017) and clearly that is cause for a special celebration. Something had to be done! I MIGHT have given Helen a glass of wine and convinced her that this needed to be resolved this year. So we are going from 2015 – 22nd (anniversary – not annual) to 2016 – 24th (annual – not anniversary) so that for 2017 all confusion will be removed and we can all sleep well and celebrate the 25th annual occurrence of the Haliburton Forest Trail Ultra in 2017 with no reservations. (for the record I personally do not know what year the shift occurred). 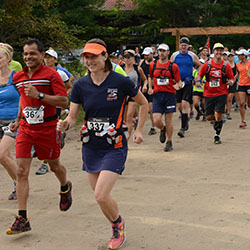 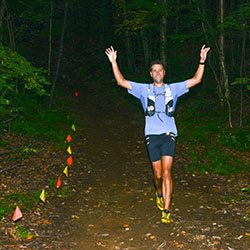